After exhaustive discussions, the IPEVO have published their own ?Land of Israel Wine Map?. There are 15 regions, divided by topography, soils and climate, which are part of the larger geographical areas of the Golan, Galilee, Coastal Plain, Central Mountains, Judea and Negev. This is a welcome development and breaks a bureaucratic logjam 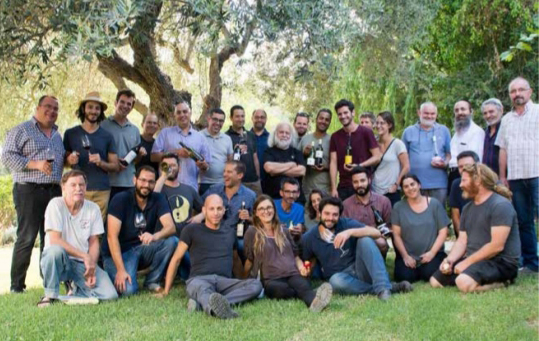 After exhaustive discussions, the IPEVO have published their own ?Land of Israel Wine Map?. There are 15 regions, divided by topography, soils and climate, which are part of the larger geographical areas of the Golan, Galilee, Coastal Plain, Central Mountains, Judea and Negev. This is a welcome development and breaks a bureaucratic logjam. The Israel wine authorities have regrettably been totally incapable of updating our archaic and totally unsuitable ?official wine regions? formed in 1974, way before Israeli wine took its current shape. Something is certainly rotten in the state of Denmark.

The IPEVO is a registered association of winemakers and viticulturists. ?The Israel Professional Enology Viticulture Organization? was founded in 2012 and is chaired by Victor Schoenfeld, winemaker of the Golan Heights Winery. There were previous attempts to create a meeting forum for winemakers, but this time it seems to more inclusive, effective and professional than before. This is the first time they have let everyone know of their activities. It was previously operating like a secret society, but it is an important body representing the wine professionals and assumes even more importance, considering our dysfunctional wine authorities.

The new IPEVO map is not a ?Wine Regions? map, showing the boundaries of the large regions. It is more a ?Vineyard Area? map, itemizing vineyards areas of more than 500 dunams (50 ha). Notwithstanding this important deficiency, because we will need both, their creation still represents a massive step towards bringing Israel into the family of wine nations.

The Golan Heights has been divided into the Upper Golan and Lower Golan. The Lower Golan lies between 300 to 500 meters elevation, whereas the Upper Golan is above 500 meters. Vineyards were first planted here in 1976 and the region was made famous by the Golan Heights Winery. A wine route of small wineries grew up in their shadow, which gives the region new color and variety.

The boom in planting vineyards in the Galilee took off in the 1990?s, though there were vineyards in Kerem Ben Zimra, Ramat Naftali and Kfar Tabor before that. The Carmel Special Reserve 1979 was the first prestige wine that came from the Galilee. Soon after, Ramot Naftali was identified as source of some of the best Cabernet Sauvignon in the new Golan Heights Winery. The founding of Dalton Winery in 1995 was a significant milestone and then in the late 1990?s winemaker Avi Feldstein of Segal Winery was amongst the first to lead a new rush to the Galilee.

The Galilee was always divided between the northern and higher altitude Upper Galilee, bordering Lebanon, and the more southern Lower Galilee. In recent years there have been new developments in the western Galilee, witness Stern, Kishor, Ashkar and Capsouto wineries. IPEVO have therefore recognized this and introduced a region called Upper Galilee West.

The Coastal Plain region is the historic region of Israel. When Baron Edmond de Rothschild planted his first vineyards, he fell in love with the Zichron Ya?acov area. Most people don?t know that Zichron was named after his father, who bought Chateau Lafite for the Rothschild family! I am slightly bemused why Hanadiv Valley and Zichron Ya?acov are listed together as regions. Though close geographically, they are different topographically. Shefaya?s vineyards lie in a series of valleys on the southern slopes of the Mount Carmel range, whereas Hanadiv Valley represents a broader and a more open expanse of vineyards. It seems to defeat the clarity of the project to have them together, or if that is intentional, a single name to cover both, would be more sensible.

The Judean Coast, south east of Tel Aviv, was the second place where Rothschild?s growers planted vineyards. Once there were even vineyards surrounding Rishon Le Zion Cellars, like a real Bordeaux Chateau. As late as 1976, the legendary Carmel Special Reserve 1976 came from Rishon vineyards. Hard to believe today. Perhaps inevitably, ?Real Estate? proved to be more profitable than growing vineyards. The vineyards of Mazkeret Batya and Hulda, (where Barkan is situated), lie in the Judean Coast region.

The area IPEVO call Judea, includes the Judean Foothills (aka the Shefela in Hebrew) and Lachish regions. The Judean Foothills is from the gently rolling hills of Karmei Yosef, where Bravdo is situated, all the way to just after Beit Shemesh. The local Mateh Yehuda regional council was the first to market the Judean Foothills, along with the Judean Hills, west of Jerusalem, as a region for wine tourism.

The mountainous area that runs down the spine of the country is called the Central Mountains region. It ranges from Mount Gilboa in the north, the Shomron Hills and Judean Hills in the center, and what they call ?Negev Judea? in the south. The most famous of these regions is the Judean Hills, which begins at 400 meters elevation. The pioneer of this region was Eli Ben Zaken of Domaine du Castel. Today the Judean Hills Quartet, made up of Castel, Flam, Tzora and Sphera wineries, market the unique properties of their region to the world.

The Biblical looking Shomron Hills have developed a wine industry and wine route since the beginning of the new millennium. I added the word ?Hills? to avoid confusion with the current map which refers to the Shomron as representing the Mt. Carmel region. Young wineries and newly planted vineyards dot this area. The first wine to bring attention to this region was the Carmel Har Bracha Merlot 2002, which encouraged new wineries to sprout in this region.

The Negev Judea region refers to Yatir Forest, Israel?s largest planted forest. The pioneer here was Yatir Winery which planted the first wine vineyards in 1996/97. This area is the southern tip of the Hebron Mountains, which is the meeting place with the Negev and Judean Desert.

The Negev is made up of two wine regions. The north eastern Negev at Tel Arad has been named the Ramat Arad region. This was a name coined by Carmel when they planted their vineyard there in 1988. A Ramat Arad brand was launched and was followed by a new Ramat Arad Winery, which was changed before the launch to Yatir Winery. The Ramat Negev Winery was a pioneer, planting their vineyard at Kadesh Barnea in 1997, before opening their family winery. Barkan and Tishbi were the first large wineries to use fruit from the Negev Highlands, from Mitzpe Ramon and Sde Boker respectively.

Today the focus is on Mitzpe Ramon. Recently, the Mitzpe Ramon region has flowered and a green river of vineyards has been planted following the example of Nana Winery?s pioneering grower Eran Raz. This is proving to be a region of fascination for the outside wine world, faced with the threats of global warming.

We need a map for two reasons. Internally, within Israel, we need a common language to categorize each growing region professionally. Secondly any winery exporting has to write the name of the growing region on the label. The criteria here, is that it must be registered in the USA and European Union. So, the secondary need is more marketing than professional. The hope is that the professional and marketing needs will eventually coincide. We have this new version of the regions from IPEVO, but the official map from which wineries must choose their regions remains the old one.

I asked Eran Pick MW of Tzora Vineyards to explain what this new map meant for him. He is Israel?s first and only Master of Wine. He told me: ?The map helps the wineries explain to wine lovers where grapes are grown in Israel.?? He went on: ?As a young wine country, wine regions in Israel are dynamic. The map provides a good picture as of 2019. The intention is to update the map every few years.? This is a good point. Twenty years ago, the Upper Galilee West, Shomron Hills and Mitzpe Ramon would not have been featured.

There are questions. Why write Galil in a map published in English instead of Galilee? Is Zichron Ya?acov, a good name for a region? Just because ?Negev Judea? appears in the Bible, and one interested winery thinks it is a good idea, does it confuse or enlighten the consumer? We are a country with no final borders, some areas are disputed and it would be smart if there was aforethought, clarity and sensitivity in using names with dual meaning. Let?s be less provincial and Israel-ocentric.

However, the broad principles are already accepted. When twelve Masters of Wine visited Israel in 2018, they were already presented with the basis of the new map. Likewise, a prior version of the new map was used for the Wines of Israel campaign launched in the USA. Most significantly, the recently published World Atlas of Wine, the most authoritative international publication for wine maps, incorporated the main features of the new IPEVO map, though they were shown within the larger regions.

This new map reopens a discussion. This should include the winemakers on one hand, the Israel Wine & Grapes Board and the wineries on the other, but also specialist lawyers, wine export marketers and hopefully English speakers too! Nevertheless, the fact is that the IPEVO?s map is now in place. Is it a good thing? Yes. Undoubtedly. Should they consult with people outside the winemaking bubble and with people beyond the individual winery local interest? Definitely, yes. At present, the reality is that wineries in the north of the country use the Galilee appellation, and most wineries from the Judean Foothills, and from Har Bracha down to Yatir Forest, use the Judean Hills. It is definitely time to reboot and make order. Now is the time to turn IPEVO?s academic exercise in to something of practical use. In the meantime, we have a reference point that may be used in discussions with ourselves and wine professionals abroad.

The writer is a wine trade veteran, who has advanced Israeli wine for over thirty years. He is referred to as the English voice of Israeli wine. www.adammontefiore.com

Eat Drink and Be Merry

Turning a Hobby into a Profession

This Year Is Different From All Other Years

Drinking To Remember or to forget

Hail to our new Master of Wine

THE ONE AND ONLY YAIR HAIDU 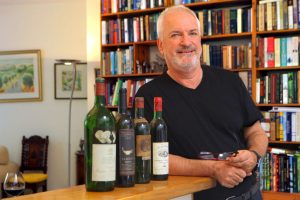 A journey from Palwin to Lafite

The people, wines and memories that have provided inspiration over the years. 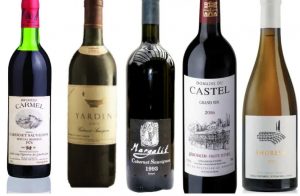 Seventy years of Israeli wine. These are the people and wines which contributed most. 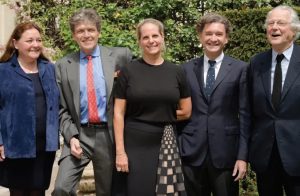 I think we will be hearing a great deal more about Champagne Barons de Rothschild in the future. 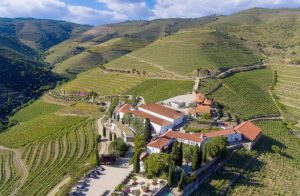