Savor the picture. You are sitting with friends in front of a table covered with small plates, each offering tantalizing colors and tastes in small bites. The sea is likely to be nearby, and fisherman’s nets will be out drying but you could be in Jaffa, Beirut, or Larnaka and Istanbul for that matter. It will be hot, but there will be a welcome sea breeze with a salty tang. In the center of the table will be small glasses of a milky white liquid,

twinkling with the condensation on the glass.

The pearl colored drink will be anise flavored Arak, if you are in Lebanon or Israel, maybe Ouzo (in Greece or Cyprus) or even Raki (in Turkey). The place will be anywhere in the Eastern Mediterranean. The food will be Mezze, the local style of hors d’oeuvres. The atmosphere will be relaxed, almost timeless. The ritual will be indigenous to our region, though it is repeated elsewhere around the Mediterranean. For example, witness popularity of Pastis in Marseilles.

Arak is served in small thin, narrow glasses, somewhere in size between a ‘mini-me’ highball and a glass for Turkish coffee. Not dissimilar to an ornate Moroccan style glass for serving tea. It will be conveniently held between thumb and forefinger. The classic recipe is 1/3rd arak and 2/3rds water. However this may obviously be adapted for taste. If you prefer reduced alcohol content or a less pronounced anise taste, simply add more water. Make a longer drink, adding five parts water to one part of arak.

Pour the arak in first. The liquid will be clear. Then with the addition of water, it turns to its familiar cloudy, milky white color. Only after adding water, and the purists insist on this, is it permissible to add a cube or two of ice. Finally carefully place a sprig of nana mint in the glass for color, aroma and taste.

It then looks the part and you have before you a drink that symbolizes a whole region. It is not to be gulped like a shot of vodka, but to be sipped and savored slowly as you trip between the plates of mezze, whilst listening to the backdrop buzz of small talk in the bar or cafe.

Why arak is so suitable is that it truly accompanies the variety of tastes in a traditional mezze. The acidity, spiciness, sometimes hot, garlicky starters can murder a wine. However, just like sherry for Tapas bars, arak is a drink born to fufill the task of coping with a myriad of flavors.

To make arak you need freshly picked grapes, anise, water and a rudimentary copper still. Nothing else. The grapes are fermented and the resulting white wine is distilled usually two or three times. The anise is first added on the second distillation cycle. After this the arak will be stored in clay jars.

In Lebanon, Arak is regarded with holy reverence. It used to be a rich man’s drink, because only a rich man would have his own still. Today it is a drink for everybody. More often than not, production is domestic. When homemade, it is called Arak Baladi.

The cycle of events is that the Lebanese farmer will harvest his grapes in the autumn, eat what he wants for food and preserve what he needs for raisins. The rest he will use to make wine. The wine will be stoppered up and saved to be drunk during the winter months. Only when the wine starts to turn and become oxidized, he will then distill it to make arak. This he will drink during the summer, before the cycle repeats itself.

The word arak means ‘sweat.’ The drops of condensed alcohol are said to represent perspiration! In Lebanon they revere arak like a Scotsman reveres his whisky and refer to it as Lion’s milk.

The finest arak comes from village of Zahle in Lebanon’s Bekaa Valley. The Bekaa is the center of their wine trade (and also the profitable opium business!) The grapes they prefer to use are the indigenous Obaideh. Most Lebanese wineries make arak. Some produced arak first and then branched into wine. Others focus on wine, but found making arak a good way to find a use for poorer grapes.

The most famous arak in Lebanon is the Le Brun produced by Domaines des Tourelles. The most recognizable bottle to us outside Lebanon maybe the Touma Arak, produced by the same family who make Clos St. Thomas and Heritage wines. In places where arak is regarded as new and trendy, it may be the Massaya Arak that gains notice with its stylish packaging and blue bottle.

The finest arak in Israel is made in the industrial area of Moshav Goren, not far from the Lebanese border. There you will find Elias, who is a larger than life, impressively powerful figure, who protected Israel for twenty years as part of the South Lebanese Army. Somehow I can easily imagine him fearlessly standing up to the Hezbollah in South Lebanon on our behalf. His Yorkshire Terrier is slightly incongruous beside him. He does not give out his surname for fear of reprisals against his family.

He came to the western Galilee when Israel withdrew from Lebanon, and wanted to bring something inherently Lebanese with him. He decided on arak made in the Zahlawi way.

His arak is called El Namroud. Nimrod was a pagan king representing strength and power. Elias uses local Dabouki grapes grown in southern Mount Carmel area. The anise comes from the exclusive Syrian region the other side of Mount Hermon, which produces the finest and most aromatic anise. He distills his arak three times. He is experimenting with maturing arak in oak barrels and using wooden staves. El Namroud comes in two different alcohol strengths, and there is also a lower alcohol version called Fairuz. This is the arak which sets the quality standard.

El Namroud came to be distributed by IBBLS, Israel’s leading importer of sprits. So the iconic Israeli arak made in the Lebanese style may be found alongside the world’s most famous global spirit brands, including Johnnie Walker Whisky, Smirnoff Vodka and Gordon’s Gin. IBBLS is the exclusive importer and distributor of Diageo, the largest spirit company in the world, in Israel.

El Namroud’s success has encouraged other artisan distillers producing arak in Israel. Chief amongst them are Masada and Kawar.

Masada is produced by Wadir and Jiryis Hadid in the beautiful Christian village of Meilya, not far from Maalot. They use the distillation services of Shukri Hayak, another ex SLA soldier, who was in involved with El Namroud in the early days. They offer three labels. The entry level is Jabalna, mid-range is Kafroun and the top label Alwadi. All provide a taste of Lebanon in a bottle.

Another local producer is Kawar, now managed by the third generation of Arak distillers from Jordan. They have set up in Tsipporit. There are three handsome looking bottles. Green, red and black labels in ascending order of quality, alcohol content and price. No question these are high quality araks.

In every drinks store, supermarket or kiosk, it is possible to find the Elite Arak. It is present everywhere. It is the entry level arak for anyone, being readily available and relatively inexpensive, but these days arak is no longer drunk only by Israeli Arabs and Sephardi Jews. There are now some quality alternatives produced in an artisanal way from natural raw materials, which give the whole category a more quality feel. Arak may not have the status of whisky or the popularity of vodka, but it is the essence of the Levant and the authentic spirit of the place we call home. 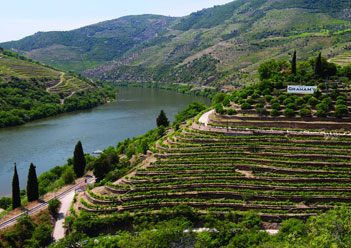 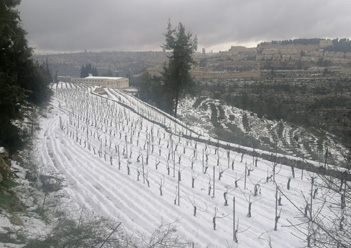