Paradoxically, one of Israel’s newest boutique wineries, the 1848 Winery, has the longest history of any winery in Israel.  I will explain. It all started when the Galina family arrived in the Holy Land from White Russia in 1834. The family settled in Safed, and when the patriarch of the family, Rabbi Mordechai Avraham Galina, was made Rosh Yeshiva of Tiferet Yisrael, they moved to Jerusalem.

His son Rabbi Yitzhak Galina realized the family needed to earn a living. They had made wine and alcoholic beverages domestically in their mother country. There, the grapes were probably raisins, but in Palestine, fresh grapes were more plentiful.1848-1

Therefore it seemed logical to start a winery. The only trouble was that the necessary permissions were hard to come by. Fortunately his brother in law, Rabbi Baruch Shor, did have the necessary licence. So the Galina Shor family founded the first recorded winery in the Holy Land in 1848.

It was called Eshkol and was situated in Haggai Street, in the Old City of Jerusalem. The cellar backed on to the Wailing Wall, and a row of wine barrels was strategically placed, so that forgetful workers would not touch it by mistake!

The family changed their name to Shor and began producing wines and spirits. The wines were sweet from indigenous table grape varieties, harvested from Bethlehem and Hebron vineyards. The grapes were brought to Jerusalem by donkeys.

This is where the history and folklore my own family and the Shors coincide.

Forty years before Herzl and Rothschild, my distinguished forbear, Moses Montefiore, outlined his own vision. He thought that Jews in the Holy Land should work instead of just living from donations. He became the first practical Zionist, before the word was even invented, buying land for agriculture and laying the cornerstone of modern Jerusalem, with the foundation of Mishkenot Sha’ananim. He was the first to urge Jews to return to agriculture and to plant vines. The windmill he built was symbolic of his world view: ‘Without flour, there is no Torah’.

Coincidentally, the first Shor family harvest coincided exactly with one of Montefiore’s visits to Jerusalem. Dignitaries and community leaders used to present Montefiore with gifts of wine as a sign of welcome. This was much to his liking as he was known to drink a bottle of wine every day…perhaps that is why he lived to nearly 101 years of age! He was even known to buy small casks of wine as souvenirs.

It may be slightly fanciful, but is certainly not impossible to imagine that Montefiore may have come across the Shor family wine. Anyway, the legendary wine critic Daniel Rogov, z”l, (ex-Jerusalem Post), was believed that Rabbi Yitzhak Shor was inspired by Moses Montefiore’s vision. It is interesting to note that the census commissioned by Montefiore in 1849, provided the first actual evidence of the Shor family’s new profession.

The second generation of Shors, included the legendary Rosa Shor, a formidable woman, who in 1871 opened a wine and liquor shop and bar to sell the family wines.

After eighty years in the Old City, the Arab riots of 1929 forced what was by now called A & M Shor Bros Winery, to find a new home in Beit Israel, near Meah Shearim. In 1944 the winery was renamed Yikvei Zion (Zion Winery). The building was on three levels and included a cellar, winery, living quarters and a synagogue. The cellar was to prove an attraction during the 1948 War of Independence when Jerusalem residents joined the family in sheltering there.

By the formation of the State, the family had grown too big for the business and the brothers, Avraham and Moshe, decided to go separate ways. Moshe and his son, Yitzhak, opened a new business in Tel Arza, mainly producing spirits and liqueurs whilst Yikvei Zion, continued to produce wine and grape juice. In 1958 the Tel Arza business split again and Hacormim, another winery branch of the Shor family was formed.

A few years ago I sat with three generations of the Shor family at the Zion Winery and was charmed by the individual characters I met. I sat with Elisha, the sixth generation and chairman, who was still at is desk at over 80 years of age. A great raconteur and story teller! Then I met the current Moshe, the seventh generation and managing director. Quiet, honorable and a real mensch. He was the one to realize the winery could not live only from liquid religion in modern times.

He bought a pneumatic press, small oak barrels, upgraded the selection of vineyards used and employed the services of the reputed wine consultant, Arkadi Papikian. The results were impressive: gold medals and good reviews. Zion Winery started to produce good table wines which were great value, particularly under the Erez label.

I also met Moshe’s nephew, Zvika Shor, the winemaker from a long line of Shor winemakers. I remember his smile, his openness, professionalism, eagerness to learn and his pride in the new quality.

I remember a shy youngster called Yossi Shor was also there. He is the son of Moshe and represents the eighth generation. He was responsible for the marketing rejuvenation of Zion Winery in the last six years or so. However this was not enough for him. He wanted to create a new winery to really compete in the quality wine world. He therefore created the 1848 Winery.

Yossi is bright eyed, with black kippa and white shirt, but with an eye to quality and innovation. He has a foot in both worlds. On one side is the cautious, traditional and conservative family that has been making liquid religion continuously for 166 years. On the other, Yossi has succeeded in reaching out to the modern, feinschmeiker world of quality wine. In a sense he embodies the wine revolution that took place in Brooklyn twenty five years ago, which is now happening in Israel. These days, the ultra-orthodox community, also have their collectors of fine wine, organized tastings and specialist wine stores selling only table wines.

The 1848 wines are high quality in a new world style. Each generation is represented on the label. As with the family itself, the later generations represent the better quality wines.

Today there are three wineries owned by the Shor family: Zion, Arza and Hacormim. All are situated in the same street in Mishor Adumim. Zion and Arza are both in the top ten wineries in Israel in terms of size and have made giant strides towards quality. Hacormim is more known for its Conditon brand of Kiddush wine.

It is true the founding of the Israeli wine industry is rightly attributed to Baron Edmond de Rothschild and Carmel Winery on a basis of French expertise. The ‘new world’ quality revolution dates from the founding of the Golan Heights Winery with the help from Californian winemakers. However the roots of Israeli wine go back to this special family dynasty, who found a way to combine industry and commerce, agriculture and wine with faithfulness to their religion.

Now the Shor family has provided us with 1848. A year of turmoil and revolution in Europe. The year of Israel’s first recorded winery. The year of Moses Montefiore’s third visit to Israel. Now, 1848 represents a new dawn of Israel’s oldest wine family. 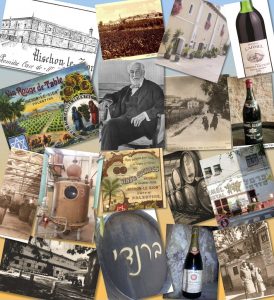 Farewell to Rishon Le Zion Wine Cellars. The final death throes have taken place and the historic winery of Israel is finally closed. It has 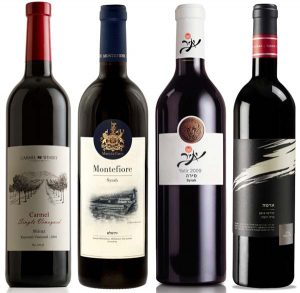 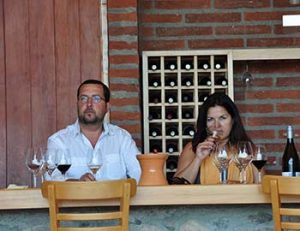