Noah must have taken a cutting of a grape variety with him in the Ark, so he could plant a vineyard after the flood and become the first vintner. Many years later, the spies brought such a large bunch of grapes to Moses that it had to be carried on a pole between the two men. Have you ever wondered what the grape varieties were

King David had his own sommelier and viticulturist looking after his cellar and vineyards, and Jesus changed water into wine at Cana, in the Galilee. What sort of wine did King David and Jesus drink

Enter Dr. Shivi Drori, the Agriculture and Oenology Research Co-ordinator for Samaria and the Jordan Rift. He is in the midst of ground breaking research on local varieties, which could transform the Israeli wine narrative.

Dr. Drori’s research, based at Ariel University, is three fold. Firstly, to find out if there are local, indigenous varieties, which are suitable for making wine. Thanks to the Marmelukes and their form of Prohibition, most of the local varieties here are used for table grapes, not wine. Secondly, to find out if there is any relationship between the local and classic European varieties. And finally, to find if there is any relationship between the indigenous varieties and ancient grape pips found by archaeologists going back hundreds and thousands of years!

He has been pulling in samples of any local grape varieties that he can find, whether wild or cultivated vines and so far has trawled up no less than 120 varieties. Some are from cultivated vineyards, others from lone wild vines found growing up trees, or even from someone’s pergola on a private balcony. Suffice to say that no vine in Israel is safe from his research!

So far he believes that twenty varieties may have the potential to make wine.

Of course, it is now history that when Baron Edmond de Rothschild founded a modern wine industry, they first planted southern France varieties, and later Bordeaux varieties and these dominated the winemaking from then on. Israel is not known for one particular variety in the same way as California is known for Zinfandel, Argentina for Malbec and New Zealand for Sauvignon Blanc.

However a new trend is discernible: making wine from previously unsung local, indigenous varieties. Wines called Hamdani, Jandali, Dabouki, Marawi have been released recently. If these are added to the Argaman, it is clear the Israeli wine lover has to become used to some new names.

The Cremisan Monastery, which has been making wine since 1885, was the first to come out with wines from local varieties. Their blend of Hamdali and Jandali is an unusually good wine in the white Rhone style. These are two varieties that are grown primarily in Bethlehem and Hebron by Arab growers.

In Israel everything is connected and a story about a mere grape can go back to the dawn of history. It was from the Valley of Eshkol, from Hebron area, where over 3,000 years earlier, the spies found their enormous bunch of grapes. It is also the major wine growing area for some of these varieties today. Over eighty five percent of the Palestinian vineyards are situated in the Bethlehem and Hebron areas.

The Hamdani and Jandali are vitis vinifera wine grapes, but were developed over time as table grapes. They are tasty which is why they survived when wine grapes were grubbed up. The Jandali is the more aromatic with flowery aromas, but lacks a middle palate. The Hamdani has citrusy, lime and grapefruit aromas with a lengthier finish. It has more depth, the ability to stand up to barrel aging and better potential. They show well together in a blend.

In the 19th century, the Shor and Teperberg wineries in the Old City of Jerusalem used these varieties to make wine. The grapes were delivered to the Old City on donkeys. A 16th century scholar, Rabbi Menahem di Lonzano, mentioned them as varieties of wine in Jerusalem. Some even say there is a mention of them dating back to 220 CE. Whatever the folklore, these are old indigenous varieties that were used to make wines long before any problems between Israelis and Palestinians came to the fore.

Recanati Winery chose the name Marawi for the wine they released. Marawi is in fact a synonym for Hamdani. Around Jerusalem and Bethlehem the variety is known as Hamdani but in the past, when it was grown in the Judean foothills and southern coastal plain, it was known as Marawi.

The berries are large, grown at 900 meters elevation near Bethelehem, on what is known as a Hebron style pergola. They are dry farmed, with no irrigation. The wine was barrel fermented in old, used barrels and aged sur lies (on its lees.)

The wine has lemony, honey, peach aromas and a certain mineral texture, but despite their efforts, it is somewhat lacking in acidity. When released, it attracted the interest of the international media. A Holy Land indigenous grape variety, Palestinian grower, Israeli settler mediator and Israeli winemaker are working together. It is a wonderful story and a beautiful cooperation.

The Dabouki variety is said to have originated in Armenia. It means ‘sweetness’ in Arabic. It is grown in Bethlehem and Hebron, but it has also been grown from the Mount Carmel region, down to the Judean plain for centuries. In the past, it was mainly used for distillation of brandy and local Arak producers, like El Namroud, still use it for producing their base wine before distillation and the addition of anise.

Winemaker Avi Feldstein has made a varietal Dabouki from fifty year old vines in the Mount Carmel area and Cremisan Monastery also produce a Dabouki from Bethlehem vineyards. The wines tend to have a floral tropical nose, a medium body, a broad mouth feel, rather like a fat Chardonnay and a rounded finish.

Local red grapes are not so successful. Cremisan Winery produces a red wine from an indigenous variety called Balady. It certainly is not at the standard of the white varieties. The red is light, thin with a pronounced acidity. However in the research conducted by Shibi Drori, there are some potential red varieties with names like Balouti and Zeitani that offer more hope for the future. While the research continues, the most Israeli red wine variety that you are likely to meet is Argaman.

Avi Feldstein then the winemaker for Segal Wines, saw unfulfilled potential in this variety. He planted Argaman in the Dovev vineyard, at an altitude of over 700 meters above sea level, in the Upper Galilee. By correct pruning, skilled canopy management and drastically reducing yields, he ended up with far better fruit than was produced in the hot coastal plain. Recognizing a lack of tannin in the grapes, he fermented them on Merlot skins.

The result was an excellent wine which was deep colored, with ripe red berry fruit. It was rich and plummy on the palate with a well weighted, even balanced finish. The Segal Rechasim Argaman gained acclaim and the much maligned grape was able to take a bow.

Feldstein is now independent but is still fascinated by Argaman. He is now making it from Givat Nili vineyards. He is still the creative experimenter, this time drying the grapes to increase the concentration.

So wine lovers, be on the lookout for some authentic Levantine wines from local varieties. Wines like Marawi, Dabouki, Hamdani Jandali and Argaman are well worth seeking out and tasting for interest and education. Who knows they might herald a new dawn for Israeli wine, which could revolutionize and energize the whole industry! 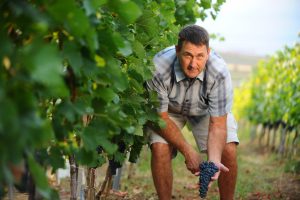 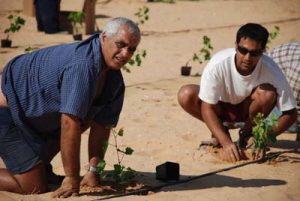 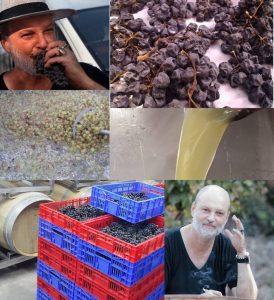