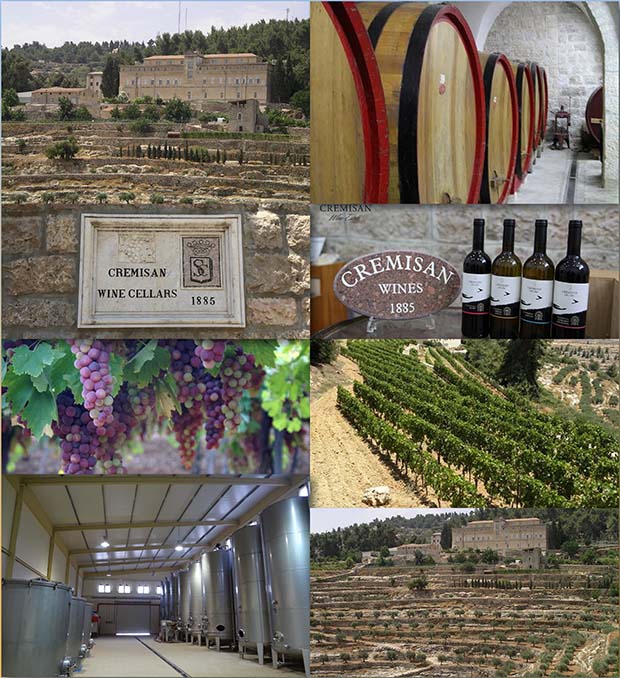 I set off for Cremisan Winery full of curiosity. After all this was the winery that first decided to focus on the land’s indigenous grape varieties. Maybe, they do not have the nobility of Cabernet Sauvignon, but they do exist and this is news to many wine lovers in Israel.

Secondly I was mindful of the long history. Flashback to the end of the 19th century and there were very few wineries. There was the large Carmel Mizrahi, the first commercial winery, Shor & Teperberg, two domestic wineries in the Old City of Jerusalem, producing mainly Kiddush wines, Friedman in Petach Tikvah and Mikveh Israel. Then there were the Christian owned wineries, one in Sarona owned by the Templars, and the two monasteries, Latroun and Cremisan.

Cremisan is therefore part of our winemaking heritage. I always believe we should take time to learn more from the wine producing countries around us. I include countries in the Eastern Mediterranean, such as Lebanon, Cyprus, Turkey and Greece. Even Syria has a winery which is ranked by some above any Israeli winery. So we should be very humble, look around and learn what we can. We should also learn from those from within who are different. Only then we can really understand about ourselves and our terroir.

We should not forget the crucial role played by Monasteries during the Dark & Middle Ages. They kept the wine trade alive and also staked out the future quality wine regions of Europe. The wine industry of today has a great deal to thank the Church, both for its survival and focus on quality. It is interesting also that the Catholic Church not only needed wine for their ritual, but also appreciated good food and wine. Think of the great cuisines of Europe. What do they have in common, that the countries are all predominately Catholic!

I navigated through the Christian town of Beit Jallah, found with difficulty the imposing Monastery and then drove down to the winery. It suddenly occurred to me how Christians in our area are an endangered species. This seems to be ignored by the world media that is so focused on Israel, that they sometimes don’t see what is happening in front of their noses.

The Cremisan Monastery was founded by Father Antonio Belloni, an Italian Catholic monk, in 1885. The meaning of the word is Kerem Zan, the vineyard of Zan. The Monastery belongs to the Italian Salesian Order. It is situated on the northern slopes of Mount Gilo, northwest of the Palestinian town Beit Jala. It is 5 km from Bethlehem and 12 km from Jerusalem. The Monastery made wine to finance Father Belloni’s social activities to help poor children in the Holy Land and to provide a livelihood for local families.

The most striking thing is the terraced vineyards and olive groves in the shadow of the Monastery and winery. They must be some of the most beautiful vineyards there are. Vines vie with olive trees to showcase those two most stubborn and permanent products of our region. Whether you call it Israel, Palestine or the Holy Land, and talk about Biblical times or today, the products are the same: Wine and olive oil.

In fact, remains found in the vicinity of Cremisan show the existence of human inhabitation back in the Bronze Age. Ancient terraces, and old wine & olive presses, provide evidence of agriculture from the same period.

For years Cremisan simply made wine to satisfy the needs of the Catholic Church and their own communities. When I first came to Israel, the wines were only visible in export markets. Once I visted Aqaba in Jordan, saw the wines and purchased them there out of curiosity. Later I remember finding them in the Christian Arab owned liquor stores in Jaffa. They were also sold to regional monasteries. In those days their better known wines were a rustic red called David’s Tower, the well-known Messa, a Communion wine and their Marsala dessert wine.

Until the middle of the 1980’s, many Israelis were visitors at Cremisan Winery and tasted wines from the Monastery. These days, because of green line and border complications, visits are rarer. However I found it a fascinating and beautiful place to visit. Those seeking the wines without going there, can continue to purchase them at the monastery of Bet Gemal, in the Jerusalem Hills, south of Bet Shemesh.

Previously, the winemaker for forty years was Father Lamon, an Italian monk. He began making the wine in 1968. In 2008, a new project was started with Italian assistance to study and improve native grape varieties. New equipment, advanced technology, imported expertise of an Italian winemaker and agronomist, all combined to rejuvenate the Cremisan Winery. Their spacious winery now combines the new and old under one roof. The new look wines were launched originally at Vinitaly and later at the Sommelier Exhibition in Tel Aviv.

A young Italian winemaker was employed, two young Palestinians were sent to Italy to study viticulture and winemaking. Most significantly, one of Italy’s most famous winemakers, the legendary Riccardo Cotarella, became the winemaking consultant. He is a giant of winemaking and one of the most famous wine consultants worldwide.

There are three vineyards. The Bethlehem area including the monastery itself, were the source of grapes for many years. In 1968, after the Six Day War, they also used grapes from Bet Gemal. Too. They also buy grapes from Dir Raffat and Hebron. Recently they decided to focus more on their unique local indigenous varieties. They studied the varieties, made a short list of those with the best potential and ended up working with Baladi Asmar, Dabouki, Hamdani and Jandali.

Their new wines appear under the stylish Star of Bethlehem label. Creating particular interest is the Hamdani Jandali white blend. It finished first in a tasting of Israeli & regional white wines conducted by the famous wine critic Jancis Robinson MW. It has since reached the finest restaurants in Tel Aviv and exports have increased. Only last month it received 90 points in the Wine Spectator.

Cremisan Winery started a trend. Last year Recanati Winery released a Marawi, which is a synonym for Hamdani. An Israeli winemaker and Palestininian grower using an indigenous grape variety grown here long before politics was the primary issue of the area. I see that as a beautiful cooperation. Ariel University and Hebron University in their different ways have both researched the potential of these indigenous grape varieties, and the work is ongoing.

For years the management of the winery was in the hands of the priests. Today the qualification is professionalism. The winemaker and agronomist is Fadi Batarseh, who never drank wine when he was younger, but decided he wanted to study something different. He went to all the trouble of learning Italian so he could study in Italy. He wrote his thesis on the indigenous varieties, also worked in Italy in the Trentino and Orvieto regions, including at Cotarella’s Falesco Winery. He returned in 2012. The Executive Director of the winery is Ziad Giorgio Bitar, who is young, dynamic and efficient. Together the new team has brought Cremisan Winery into the 21st century.

Most of vineyards in the Palestinian area are in the Hebron region. Approaching Hebron is like being in Spain. There seem to be vineyards everywhere, however most grapes are used for table grapes or raisins, are made into jam, or a grape syrup called dibs; Anything but wine. Leaves are also a precious commodity, being used to produce a dish also prominent elsewhere in the Eastern Mediterranean, stuffed vine leaves.

Cremisan Winery has a permanence that outlives the shallowness of daily politics. They play an important pioneering role in our wine industry and whether their buildings end up in Israel or Palestine, is not the issue. No doubt it is important for them, but one thing I do know. They will continue to be an oasis of tranquility in our stormy waters, and anyone truly interested in wine or with the slightest smidgeon of curiosity, should add them to their list of wines to taste and places to visit.

Cremisan Dabouki 2015
Dabouki is the most planted white variety in the Palestinian vineyards. It is also planted in Israel, where in the past it was used for distillation for brandy or arak. The wine has soft tropical fruit aromas, a fat mouth feel and a broad finish. Price: 50-55 ILS

Cremisan Hamdani Jandali 2015
This is a nice wine made with two Palestinian varieties. The wine has tropical notes, lined with grapefruit and lime. It has reasonably good acidity with a refreshing finish. Price: 50-55 ILS

Cremisan Baladi 2013
A light red wine with prominent acidity. More cranberry or pomegranate than ribena. Less good than the whites, but better on my second tasting. It should be served chilled. Price: 50-55 ILS

Cremisan Brandy
I had to make do with a brief sniff from a cask, but the nose was rich, warm with a dried fruit aroma. When they bottle their brandy, aged over decades, it will be well worth a special purchase. They also produce a wonderful olive oil. 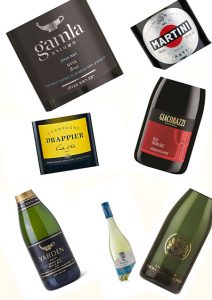 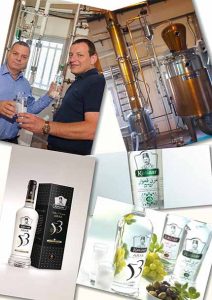