I first met Daniel Rogov in 1990 when he was still writing for the Jerusalem Post (the leading English language newspaper in Israel). In those days I considered him primarily a food writer rather than critic, and his writing was full of anecdotal, historical references. He was in a way showing Israelis that food and wine were not subjects that just entailed eating and drinking, but that they could be discussed, talked about and debated. It was in a sense an introduction to European style culinary culture and gastronomy.

Gradually he transformed from being a food writer into being a critic. He became unreservedly the leading restaurant critic in the country. He exhibited professionalism, knowledge and was both curious and passionate. He was not just interested in the food, but also the ambiance, the background and beliefs of the chef and the quality of the service received equal coverage. All the while he was educating Israelis about the total restaurant experience.

During the time he worked for Haaretz, (the quality newspaper of Israel), he had metamorphosed into becoming more a wine critic. He brought the scoring system of 100 points to Israel and kept up a massive data base of wine scores covering large to small wineries, which he managed to maintain, albeit with a few understandable errors, even as the number of wineries and wines grew year by year.

As a critic he set high international standards for Israeli wine. However, when the wineries started producing what he considered international and world class wines, he was quick to reward them with high scores. Sometimes he was criticized for giving too high scores, but he was a patriot as well as a critic and was biased in favor of his own country. (The same phenomena are not unknown in other wine media, where local critics sometimes may be seen to favor their local wines.) As Israel began to gain third party international credit for the quality of its wines, so the stock of Rogov rose. He became a brand as important as any in the wine industry and became credited abroad as being the voice of the Israel wine renaissance.

He wrote a few books. Like his career, initially they were on food and then later were focused on wine. Some foodies may remember the fun, irreverent Rogovs Guide To Israeli Cuisine and To Jewish Cuisine, amongst others. His last book on food was Rogov at his best: Rogues, Writers & Whores. This was a gastronomical review, of the Rich & Infamous, by the master story teller.

It was his wine books which gave Rogov international fame. Rogovs Guide To Israeli Wines 2005 was first published in the autumn of 2004. This book has reappeared annually seven times. The 2012 edition is already written and it will be the last one in the series. Tom Stevenson regarded it as one of the best country wine guides.

Those who know me, will know that I can scarcely pass a book shop without entering it, and I have created wine libraries wherever I have worked (including at the Golan Heights Winery and now at Carmel Winery at Zichron). Whilst browsing in bookshops around the world, I have found Rogovs Guide To Israeli Wines in the most unlikely places, often representing Israel where Israeli wines were not on the shelves of local wine shops. As such he became a wonderful and effective wine ambassador for Israeli wines.

He also did the work. He visited the large, medium and even many small wineries each year without fail. When he visited wineries the comments about the coffee could be as biting as the reviews of wine. The person changing ashtrays was likely to be the busiest person. However, tastings were conducted in silence, the winemaker was listened to without interruptions and Rogov would write notes that only he could understand in tiny scrawl. He was bringing the standards of the international wine critic to Israel.

I remember hosting Robert Mondavi with Daniel Rogov at Tapuach Zahav Restaurant in 1995. Two pioneers together. At the next table we watched as someone was seen unfolding a grubby, torn copy of a newspaper article. He was then heard to order the exact meal Rogov had reviewed. Even on a recent visit to my local Supersol supermarket, I saw someone with Rogovs Wine Guide in hand, checking reviews as he perused the wine shelves. Rogov had a guru like following from his readers.
This was never more so than on his Wine Discussion Forum. It had a truly international audience, but became more an outlet for kosher wine lovers in time. It was ironic that Rogov the high priest of secularism, became like a Hassidic Rebbe to many in his forum. I always marveled at his willingness to provide the maximum, tireless service to even the most basic of queries.

We really worked together to represent Israeli wine abroad and shared not only the writing responsibilities, but also the objective. We were always looking to advance brand Israel. We shared the writing for major international publications. For instance he wrote for Tom Stevensons Wine Report and I wrote for Jancis Robinsons Oxford Wine Companion. In 2000, I invited him to share with me the responsibility of contributing to Hugh Johnsons Pocket Wine Book and he later invited me to write the foreword to Rogovs Guide To World Kosher Wines.

Daniel Rogov was charming in an old world sort of way, quiet but at the same time always charismatic. Even the most casual conversation was, both, intellectually stimulating, entertaining and informative. Poised with the ever present cigarette in one hand, and a strong coffee in the other, he would relish a discussion or debate, and he would always be ready with a story to cover any situation. He was the ultimate story teller, a raconteur par excellence, and he only needed an audience of one to perform.
Within Israel he set new standards for wine and culinary discourse. His writing created the new aspirational standards, his reviews were a commentary on the progress and then he faithfully reflected the wine & culinary revolutions that took place. He was also scrupulously honest and straight in dealings with wineries. Again, acting as an example to his colleagues. He was always the first to arrive at exhibitions and wine events, and usually the first to leave, preferring a one on one with the wine and winemaker rather than the crowd.

When he rang me from hospital in July I was shocked to hear the diagnosis. When we met at the Basel Street Arcaffe on July 20th, I found the usual spirity Rogov. However he was thinner, walking with a stick and complaining he had lost his palate. He was totally realistic, knew what would be and understood absolutely what the future held.

The tribute evening on August 29th 2011 was the most complete gathering of the Israeli wine trade I can remember. The evening was a wonderful opportunity for everyone to salute Rogov, to show him love and, as it was to turn out, say farewell. Each person lining up to give Rogov a kiss or a hug had his own personal memory to make the particular moment poignant. When the organizer Tal Cohen asked me to make a speech representing Israeli wine along with Victor Schoenfeld, much as I hate public speaking, (especially in Hebrew), I could not say no.

When Tal asked me to be in contact with some International wine writers I was pleased to help. The task was easier than I thought. Some of the worlds most famous wine writers & critics were eager to pay their respects. When I drove him and Rahel, his wife, back to their home after the event, I understood how much the event had meant to him. One of the last things he said to me was Even Hugh Johnson wrote to me!

The real Rogov was David Joroff, a quiet, extraordinarily private even quite humble individual. I always felt privileged to be able to call him David. The public persona of Daniel Rogov was his alter ego. Daniel Rogov was a giant who will be remembered as an integral part of the wine and food revolutions in Israel. As for David, the person and friend, I miss him immensely.

My sincere condolences to his wife Rahel, daughter Libby and brother.

Adam Montefiore works for Carmel Winery and writes a weekly column for the Jerusalem Post. 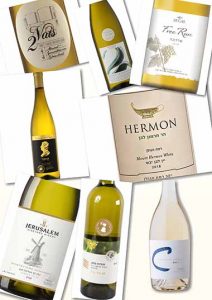 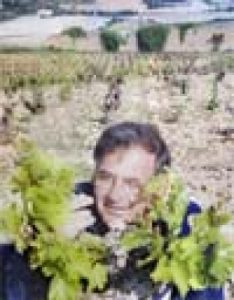