A new book has been launched about Israeli wine. It is called The Comprehensive Guide To Israeli Wines. It is a partnership between three, very respected figures in the wine trade: Sagi Cooper, Yair Kornblum Koren and Haim Gan. Sagi Cooper is an experienced wine critic, wine judge and he now has his own popular website, The Daily Spittoon, which I follow religiously. He uses his knowledge to give a great analysis of wine usually expressed with pithy comments, which are always interesting to read.Yair Kornblum Koren is an experienced wine judge in international competitions, including even the main wine tasting competitions in Italy & Germany. He is the most prominent wine broadcaster on the radio and has written for Wine & Gourmet Magazine for many years.

Haim Gan is a charismatic wine educator. He is the owner of Ish Anavim, (The Grape Man), in Jaffa, which is the center of wine culture in Israel. There, they hold tastings, courses and wine events. I first met Gan in the early nineties when he worked in restaurants. Even then he was showing a professionalism of wine service and knowledge, rare amongst his contemporaries of the time.

Since then, he has become the leading entrepreneur and pioneer in Israeli wine. The first international wine and olive oil tasting competitions were organized by him; The first professional wine auction; The first international wine exhibitions; Wine events, festivals, wine tours. The list is endless.These days, Terravino remains Israel’s only international competition and the White Festival has become an annual fixture at the Herzliya Marina, which is eagerly looked forward to by wineries and thirsty wine lovers. Now he has the Comprehensive Wine Guide to add to his impressive career record of achievements.

Together these three musketeers, wielding bottle openers instead of swords, have combined for this impressive production. They have many years in wine, each with different experiences, so they complement each other wonderfully.

The book is tastefully presented. It is in a handy, small paperback style, easy to read and convenient to carry and it is full of information. The three authors tasted 650 wines from 100 wineries. No small feat of organization and logistics. There is information on the wineries, tasting notes and scores.

I personally hate scores. It seems crazy to give a finite score to any art form. We don’t give scores to paintings, plays, concerts or even to meals in restaurants. So why do we feel it is necessary for wine

The answer of course, is that the wine loving public demand it. Of course, with my other hat on, representing wineries, I am always the first to celebrate and shout about a good wine score. However I believe putting a score to a wine does not do justice to how it changes and varies in the glass and over time. Despite this, I am aware of the world we live in. Scores are expected, and the book provides them.

A few snippets to whet your appetite; The highest scoring wine in the book is the Castel Grand Vin 2013, which received 94 points. It was followed by the Margalit Enigma 2014 with 93 points. The leading dry white wines were the Carmel Kayoumi Vineyard Riesling 2013, Sphera White Signature 2013 and Tzora Judean Hills 2014, each scoring 91 points. The best sparkling and dessert wines were respectively the rare Yarden Katzrin Blanc de Blancs LD 2000 with 92 points and Yarden HeightsWine 2014 with 91 points.

I applaud that they have published it in English as well as Hebrew. Once, when I apologized for my bad Hebrew, a past boss said to me, “don’t worry. Hebrew is basically just spoken between Hadera and Gedera, whilst English is the language of the world.” He was so right. It is vitally important for Israeli wine that there are books and information on Israeli wine in English. It is always amazing to me why so many Israeli wineries and public relations companies ignore the English media.

The pilot Michael (Mimi) Ben Joseph wrote the first serious book on Israeli wine in English in 2000. He had written his first book on wine in 1990. It was in Hebrew. This was watershed book that attracted many Israelis to become wine lovers. I can’t tell you how many people I know who say their first interest in wine stems from this book. He followed this by another book in 1997, this time about Israeli wine. Then he published the English version called ‘The Bible of Israeli Wines’, published by Modan.

The legendary wine critic, the late Daniel Rogov wrote his Rogov’s Guide To Israeli Wines, which was published by Toby Press annually from 2005 to 2012. He gave scores to individual wines and maintained the book as a data base of past scores too. This book was a great representative of Israeli wine as it was sold in book shops around the world. However he sadly passed away in September 2011, before the final book was published, and since then has not really been replaced as the guru of Israeli wine.

A current wine book is The Wine Route of Israel edited and published by Eliezer Sacks, the owner of Cordinata Publishing. There is also a Hebrew version Shvill Hayayin.The latest edition in English was published in 2015. However it is more about wineries and the Israeli wine industry than a guide on wines.

Another current wine guide is the The New Israeli Wine Guide. This is a private initiative by two very well respected wine people. It has been published annually since 2014. It is written by Yair Gat, wine writer for Israel Hayom and Gal Zohar, an international sommelier and wine consultant.

We are a tiny country in wine terms, but not so small as not to have our own wine literature. No-one owns the truth, each critic or guide has its own style and views are always subjective, however professional and objective the critic tries to be. The way it works is that you follow the critics you trust and admire. No-one yet in Israel is a Hugh Johnson or Robert Parker, or even a Daniel Rogov, so there is room to taste & sample what is available. Look around, don’t be afraid to be critical of the critics. (Maybe we should give them scores!) Take time to find the one you like. Whom you decide to follow may be the one who provides the sort of information you are looking for, or the one with a similar taste to your own. Or alternatively, you might like to read them all like I do!

Certainly this new wine guide is a most welcome initiative. It professional, a good read and has bags of information. Israeli wine has been slightly bereft of wine literature for a few years now, but this is an excellent gift for those interested to learn more about Israeli wines from overseas. The Comprehensive Guide to Israeli Wine costs 119 ILS. It may be found in wine shops, at wineries, on the websites   www.thewines.co.il 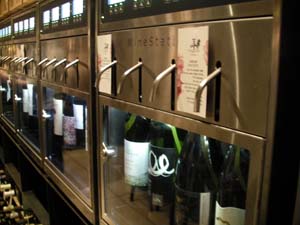 SIP AND SWIRL IN SARONA

Greater Jaffa of the 19th century contained the roots of Israeli agriculture. The Montefiore Orchard bought by Moses Montefiore in 1855 was the beginning of 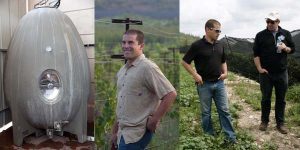 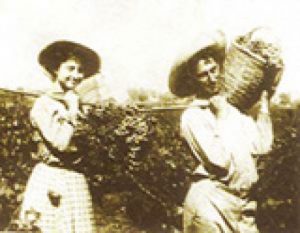