Once, this country had a love affair with Turkey and Israelis went in droves on holiday there. Then the situation changed and all of a sudden, Greece has become our new friend. People have returned from Rhodes, Crete and Santorini raving about Greece as a holiday destination.

In the last few years some good Greek style restaurants have opened in Israel. Suddenly Greece, amid all its economic problems, has become a symbol of greek1the Eastern Mediteranean life we aspire to.

The Ancient Greeks had one of the world’s great wine cultures. They even had a God for wine, Dionysus. They mixed what was then considered by Jews a toxic cocktail of wine, philosophy and hedonism. This was highly frowned upon by the Israelites of the time and considered a threat. It was in the shadow of the Greek raison d’etre of good living, that the Jewish attitude to wine was forged.

The rabbis set up the safeguards that built a fence of Jewish law around the subject of wine to avoid inadvertently drinking Yayin Nesech (wine that may be used for idol worship) and Stam Yeynam (a wine made by non-Jews). Mixing socially was forbidden for fear it would lead to intermarriage. Moderation was the antidote. These two great wine cultures, Greek & Israeli, grew side by side. One championed excess and the other focused on strict controls. One exported the vine & wine culture (for instance to Italy) and the other enshrined the importance of wine in Judeo Christian religious ritual.

There are also many similarities between the two. Despite their rich wine ancient history, both Greece and Israel made pretty awful wine for almost 2000 years. Their wine industries revived at the end of the 19th century, based on volume not quality. This was due to efforts of particular companies like Achaia Clauss, Boutari and Kourtakis in Greece, and Carmel in Israel. Some quality pioneers starting making serious wine in the 1980’s, starting with Chateau Carras in Greece and the Golan Heights Winery in Israel.

In the 1990’s there was a boutique revolution in both countries with new young internationally trained winemakers breathing life and quality into these historic, but stagnant wine industries. Then in both countries the larger wineries diversified and converted to quality. Look at Boutari & Tsantalis in Greece and Carmel and Teperberg in Israel for example.

Today these two wine countries are making better wine than ever, but despite the exciting things happening in wine quality, both countries still have major problems. Much of the world still assumes Israeli wines are sweet oxidized ‘Jewish’ wines. As far as the Greeks are concerned, the image is either Retsina (a white wine flavored with pine resin) or Demestica (a cheap brand that was ever present in kebab kiosks).

As a result both are grateful to export to ‘captive’ markets. Israel mainly sells to the Jewish market in the United States and Greece to ex-patriots in places like Germany. The potential in both countries has not been realized because of the damaging preconceived ideas honed by the 100 years of mediocrity. However, just like in ancient times, these two countries have revived the Eastern Mediterranean. Now it is a new world of wine, in one of the oldest wine growing regions on earth.

In Israel, there has been a distinct move to Mediterranean style wines. This trend was started by Carmel and Vitkin wineries just over ten years ago. They were the pioneers. The baton has since been picked up by Recanati too. Lately Arza Winery came out with a label called ‘i-med’. Now Tulip Winery has taken it a step further by launching MAIA Winery, with the slogan ‘Mediterranean Approach Israeli Art’.

Not enough for them the Mediterranean flavor, these wines have a distinct Greek look. The winery has a Greek consultant and not just anyone but Yiannis Paraskevoulos, one of the heroes of the modern Greek renaissance. The stylish labels with a Greek look pay homage to the Mediterranean which Israel is part of. Better to be in the Eastern Mediterranean where wine culture was born than the Middle East! Maia is a super initiative, well executed, which symbolizes a new love affair with all things Greek.

I have long been a firm admirer of Greek wines. It is a country with variety approaching that of Italy with hundreds of local, indigenous varieties. As a beginners guide, you need to know about four of them.

The star is the white Assyrtiko which produces steely, citrussy white wines. The variety is at its best in the volcanic Santorini in the Cyclades Islands in the Aegean Sea. There, it is so windy that the vine is uniquely weaved into a kind of basket with the fruit nestling inside for protection. The wines have a minerality that we could only dream of achieving here. How I would love to try this variety in Israel! The finest practioners of these wines are Argyros and Gaia wineries. The Gaia Thalassitis is unique example of Assyrtiko, with a tantalizing taste of the sea. You have to taste it to understand what I mean. Gaia is a winery owned by Yiannis Paraskevopoulos.

Moschofilero is a pink grape variety that thrives in Mantinia in the Peloponnese. This produces grapey whites with aromas of rose petals and a touch of spice. One of the best is produced by the Tselepos Winery.

There are other white wines to look out for including Gerovassiliou Malagousia (made not far from Salonika) or Gentilini Robola from Cephalonia (Ionian Islands), but the Assyrtikos and Moschofileros will be easier to find.

For reds, there is the Xinomavro. This is at its truest in the Naoussa region of Macedonia in the north. The wines are real originals. They are high in acidity and very tannic, with earthy aromas of truffles, and olives. Near maybe to an older Pinot Noir or Nebbiolo. Difficult to grow and an acquired taste to like, but certainly different and unique. The finest examples are produced by Boutari, Kir Yianni and Alpha Estate.

More traditional is the other great red grape of Greece, the Agiorgitiko (pronounced ‘ahiorgheetiko’). The home of this is the Nemea region in the Peloponnese. The wines are more rounded and fruit forward. The variety is capable of making fruity easy drinking or deep colored, complex wines bursting with aromas of cherries and ripe plums. The best is produced by the afore mentioned Gaia Winery. Or you can taste wines from those who blend the Greek variety with an international variety. The Skouras Megas Oenos is a good example of this fusion.

Then Greece has the most wonderful range of dessert wines. The honeyed, luscious Vinsanto made from sun dried Assyrtiko grapes on Santorini is legendary. King of all is the range produced by Argyros Winery. The best are released only after aging for 20 years. These are some of the world’s greatest sweet wines.

There are also the high quality range of Muscats from the Island of Samos in the northern Aegean, not far from Turkey and the unique Mavrodaphne, a port style wine from Patras in the Peleponnese.

I have done Greece an injustice by focusing on a few headlines, but Greek wines with a history & credibility are produced everywhere from Crete to Thrace. Maybe their whites are better than their reds. Many would say the opposite about Israeli wines. They also have all international varieties we do. The one with the best outlook is Syrah, (try the Gerovassiliou Syrah.) The Syrah or Shiraz has really become the international variety of our region. A latecomer, not yet widely planted, but it really does seem to have an affinity with the Eastern Mediterranean.

So there you have Greek wines in a very small nutshell. The wine intelligentsia in Israel has only recently discovered them. Soon they will arrive in these shores. Whether you meet them here or there, make a point of seeking them out.

adam Montefiore works for Carmel Winery and regularly writes about wine for both Israeli and international publications. 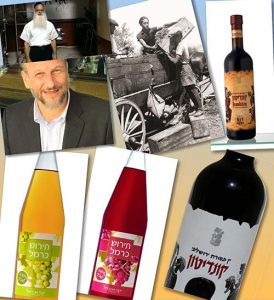 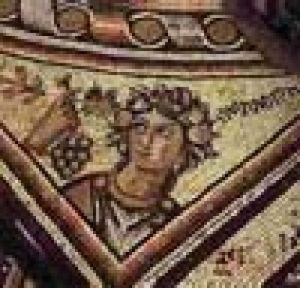