At Rosh Hashanah, the Jewish New Year, we eat sweet foods along with apple and honey, and hope for a ‘sweet year’. So I usually recommend sweet wines to go with the festive meal. As the focus is on sweet, I can’t help but pay attention to the startling rejuvenation of a famous brand in Israel. I also consider afresh the large market for sweet wines, which appears to be hidden from view from many so called experts in the wine business.

Some of the wines under expanded the Blue Nun label are as follows:
BLUE NUN AUTHENTIC
These are wines to drink not taste. It almost misses the point to write a tasting note.This is the classic Blue Nun made from the Rivaner grape, aka Muller Thurgau grown in the Rheinhessen region. Comparatively low alcohol, aromatic, fresh, fruity and semi sweet. Served very cold, it is refreshing. Price: NIS 40
BLUE NUN GEWURZTRAMINERThe big hit in Israel, where Gewurz has replaced Emerald Riesling as the white wine of choice. I remember when Yarden launched the first Gewurztraminer, no one would buy it because they could pronounce the word. How things change. The wine has the unmistakable Gewurz aroma of lychee, rose water, a spicy flavor and a semi sweet finish.  The wine combines three increasingly popular trends here: the Blue Nun brand, anything called Gewurztraminer and wines with perceptible sweetness. Price: NIS 45
BLUE NUN GEWURZTRAMINER RIESLING KOSHER
This is new on the market and carries the Blue Nun story to the kosher market. It may be found in wine shops and restaurants.  It has the traditional Blue Nun label. It is more aromatic than the Authentic, fruity and semi sweet. A wine called BLUE WINE is the cuvée of kosher Blue Nun found in supermarkets. Price: NIS 50
BLUE NUN RIESLINGThe other table wines have synthetic corks, this has a screw cap. So sensible and easy. The wine has a more elegant, lively nose than the other wines. It is made from Riesling, the classic German variety, from the Rheinhessen region. It is slightly less sweet than the others but does not come in the blue flute bottle associated with Blue Nun these days. Best buy in the Blue Nun family. Price: NIS 40
BLUE NUN SPARKLING 22K GOLDDon’t be confused by the word dry on the back label (part of the confusing sparkling wine terminology.) This is a semi sweet sparkling wine with flakes of gold floating in the wine. Light, fruity and visually attractive. Serve it ice cold. There are also mini 200 ml bottles of this making it a great beach or picnic wine. Price: NIS 50 (750 ml.)

Adam Montefiore has been advancing Israeli wines for over 30 years and is known as the ‘the ambassador of Israeli wines’. He writes a regular column called ‘Wine Talk’ for the Jerusalem Post. www.adammontefiore.com 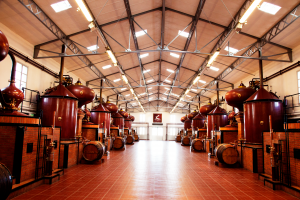