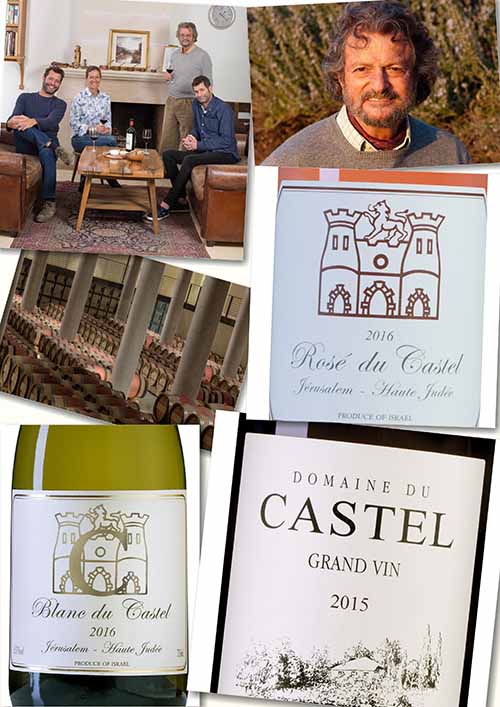 How time flies. Difficult to appreciate that Domaine du Castel has already passed its 25 year anniversary. The winery has been the pin up of Israeli wine, showing Israeli wine at its best. Yet it started more or less as a hobby, only developed into a business almost by accident, and then went on to act as a figurehead for the whole Israeli wine industry. It is now not an exaggeration to say Castel has become a national treasure.

The central actor is Eli Ben Zaken, the founder, owner and winemaker. He had a very international beginning. He was born in Egypt, educated in Italy and England, and ended up in Israel. He was a well-known restaurateur running an Italian restaurant in Jerusalem, (anyone remember Mama Mia?), and a home winemaker. In 1988 he planted some vines at his Ramat Raziel home in the Judean Hills and made a wine, both for fun and to satisfy his curiosity. He was self-taught, learning as he went from trial and error, with Emile Peynaud’s book on winemaking in hand.
He made his decisions not based on a grand plan, but with intuition, good sense, a touch of style and an inbuilt respect for all things French. He called his wine Castel after a nearby Crusader castle, and on the label, the region, the Judean Hills, was written in the French Haut-Judée, showing his Francophile tendencies. He called his wine Grand Vin, and that is what it turned out to be.
Dalia Penn Lerner, actress and foodie, took the initiative to send the Castel Grand Vin 1992 to the Head of Sotheby’s Wine Department, Serena Sutcliffe MW, whom I was fortunate enough to host in Israel at a later stage. This was an unlikely shot in the dark, liable to be ignored. However, not in this fairy tale. Sutcliffe not only tasted the wine, but took the trouble to pen a response. She wrote it was the best Israeli wine she had ever tasted! The response gave Ben Zaken all the encouragement he needed to move from hobby to business.
He converted the chicken coop at his Ramat Raziel home into a beautiful winery. The three main wines that accompanied him on his way were the Grand Vin, which is an Israeli expression of a Bordeaux style blend, following the tradition and style of the great wines of the Medoc. The C Blanc du Castel is a Chardonnay inspired by the great white wines of Burgundy. The second label Petit Castel is in itself a fine wine representing excellent value.
Castel as a symbol of style and quality was a beacon for Israeli wineries to follow and a pioneer in so many ways. Along with Margalit Winery, it was the first quality boutique winery in Israel, which heralded the boutique winery boom. Both Castel and Yarden wines proved to an international audience for the first time that Israel really could make world class wines. Alongside Ronnie James of Tzora Winery, it became the pioneer of the Judean Hills as a quality wine region. Indeed, Eli Ben Zaken was the first to put the appellation on his label. Finally, Castel became a quality icon to the Jewish world when it became Kosher in 2002-2003 with no apparent reduction in quality. In fact after the change, the international recognition received was even better, proving once and for all that the kosher designation was irrelevant to quality. The winery was an inspiration in all these areas as the accolades piled up.
Castel was the first Israeli winery to have a wine chosen as Wine of the Month by the respected Decanter magazine, a feat they repeated three times. The winery was selected by the leading French wine critics, Michel Bettane & Thierry Desseuve to be listed in their book “The World’s Greatest Wines.”  It was the only Israeli wine to be included. Hugh Johnson, the doyen of the world’s wine writers, allocated 4 stars to Castel, making it the first Israeli winery to get the maximum rating in his Pocket Wine Book.  Robert Parker’s Wine Advocate regularly tastes Israeli wine, (Robert Parker is the world’s most influential wine critic), and Castel has an outstanding record of high scores over the years showing depth, quality and consistency. Castel Grand Vin has scored 94 points, equaling the best score ever for an Israeli wine. The C Blanc du Castel has scored 92, equal to the best score ever for an Israeli white wine, and the Rosé du Castel has scored 91 points, the best score ever for an Israeli Rosé!  Furthermore, the Petit Castel also has scores of 91 points. Pretty impressive for a second wine.

Eli Ben Zaken gives the impression of a rumpled, absent minded professor. This hides an unyielding perfectionist with absolute passion and high standards, who does not suffer fools gladly. He is quiet, understated but a has very clear image of the style and quality he strives for. He is also a savvy marketer. His label has virtually remained unchanged since the beginning (as a rule the more successful the wine, the less label changes are made) and we all remember photos of Ben Zaken with his straw hat reminding us the wine is a creation of a person as well as a place.
He is also a strong Zionist eager to support Israeli wine. When I formed Handcrafted Wines of Israel in 2003, the first time Israeli wines worked together to advance Brand Israel, Eli was an eager supporter. I remember at the Vin Italy Exhibition, when Handcrafted Wines first exhibited, he was prepared to pour Carmel Emerald Riesling for the Italian wine intelligentsia because it was also on the stand, even though it did not represent his image. Unfortunately, I did not have a camera to capture the scene or facebook to immortalize it, but it showed someone prepared to play a team game. It would have been a great photo! Now he is an equally loyal team member of the prestigious Judean Hills Quartet, which showcases the region to the world.
Like the shark that goes forward or dies, Castel has not rested on its laurels. They have now moved to a new winery in the hills of Yad Shmona, not far from the Elvis restaurant. This has allowed them to increase capacity to 350,000 bottles and introduce a new label called La Vie.
It was the next generation that pushed for the move. The winery is breathtaking in its beauty…and in its technology. They now have new concrete tanks, an optical sorter, a portable crusher on top of the tanks that can move on rails from tank to tank and the most striking barrel room in Israel. All this and more. It is pretty impressive.

Today Eli Ben Zaken is still involved. Just try and keep him away! However, the family, two sons and a daughter, are taking more and more of the strain of the day to day burden. Ariel, intuitive and smart, is the chairman of the management board. He has the broad vision and confidence which encouraged, pushed for and implemented the building of the new winery. Eitan is the winemaker and in charge of operations. He makes the wine with his father and their French consultant Pascal Chatonnet, but is taking more and more responsibility. He has the same attention to detail and perfectionism of his father and a very logical, organized style, proven from the years of looking after the back of house. Illana has become the Castel ambassador worldwide. She is smart and sassy and a smiling presence ever expanding Castel’s reach overseas, a great ambassador but pretty sharp with a steely business sense too. To this family group they have added a new CEO, Elad Katz, who projects a calmness and professionalism, (he studied wine with my daughter), and a professional support team.
Interestingly the old winery in Ramat Raziel is now being used for research and development and creative experiments by the winemaker. We are all curious to see what comes out from Eitan’s tinkering there. There is talk of producing a classic method sparkling wine. Why wouldn’t they? They make a red in the style of Bordeaux, a white in the style of Burgundy, a French style rosé….so a Champagne style sparkling wine would be a logical step.
On a recent visit I tasted the Grand Vin 2016. It was outstanding with a whiff of cigar box (very Bordeaux.) It could be one of the best yet. After 25 years of leading the way, it shows Castel is well equipped to titillate and delight lovers of Israeli wines in the coming years too!

La Vie Blanc du Castel 2017 This is a commercial blend of Sauvignon Blanc, Chardonnay & Gewurztraminer. It is aromatic with tropical notes and fragrant with a fresh finish. A nice, easy drinking white wine. PRICE: NIS 84
Rose du Castel 2017 It has a beautiful pale onion skin color, a delicate berry nose and is crisp with a very refreshing finish. PRICE: NIS 94
C Blanc du Castel 2016 Back to it best. An exquisitely balanced Chardonnay. There is tropical fruit, buttery notes and oak flavors, with a good acidity and a long finish. It is all there, but all is in proportion. Nothing sticks out. PRICE: NIS 148
Petit Castel  2015 A blend of Bordeaux varieties led by Merlot. It is deep colored, full bodied with rich, plush black berry fruit, a full mouth filling flavor and a well balanced finish. Good value. PRICE: NIS 123
Castel Grand Vin 2015This is the classic Bordeaux style Israeli wine. It is mainly made from Cabernet Sauvignon and Petit Verdot with also Merlot and Cabernet Franc. It has a blackcurrant and blackberry ‘cassis’ nose, with a hint of smokiness and spice. It is complex and chewy, with soft tannins and well-integrated oak. It has a long lingering finish. PRICE: NIS 214

Adam Montefiore has been advancing Israeli wines for over thirty years. He is known as ‘the ambassador of Israeli wine.’ He is the wine writer for the Jerusalem Post and writes his regular ‘Wine Talk’ column. www.adammontefiore.com 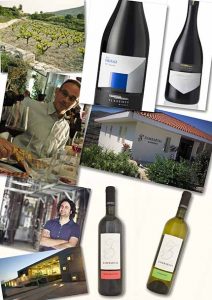 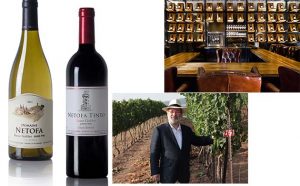