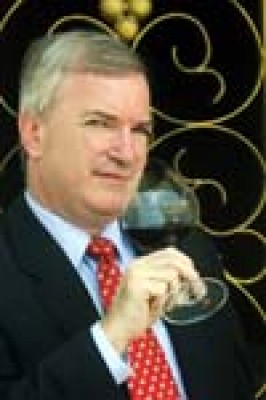 The story of kosher wine is a journey from sweet sacramental wines to world class single vineyard wines. There are now so many kosher wineries of every possible wine style. Virtually every wine producing country produces kosher wine and in Israel alone, over 90 percent of the wine produced is kosher. Yet up to twenty five years ago, most of the kosher wine was sweet red wine and a quality kosher wine was rare.
Of all the kosher wineries, Carmel perhaps best symbolizes the history and development of kosher wine. Theirs was the wine our grandfathers and great grandfathers drank. Founded in 1882 by Baron Edmond de Rothschild, an owner of Chateau Lafite, the famous Bordeaux winery, the history of Carmel matches the story of Israel. Carmel was Israels first exporter. Carmel and Palwin were first sold in England in 1898 and remain Israels oldest brands, known in every Jewish home.
Rothschild built the wine cellars at Zichron Yaacov, south of Haifa and Rishon Le Zion, south of Tel Aviv, which remain until today, the largest wineries in Israel. The wines were mainly sweet, red and inexpensive as demanded by the market.
The first serious quality wine in the kosher world was the Carmel Cabernet Sauvignon Special Reserve 1976. This was a beacon followed by the kosher wine world as it started, to produce international quality wine. In the 1980s and 1990s the Golan Heights Winery in Israel and Baron Herzog in California led the charge from sweet to dry.
In the last ten years, Carmel began its own programme of renewal and rejuvenation, which reflected the quality revolution in Israel. The first move was to plant new vineyards in the higher altitude, cooler climate areas of Israel. These vineyards in the Upper Galilee, Golan Heights and Judean Hills were managed directly by the winemakers and the growers payment schedules were changed to incentivize quality.
In 2003 and 2004 Carmel built new state of the art boutique wineries close to key vineyards, at Ramat Dalton, in the Upper Galilee in the north, on the coast within the existing Zichron Yaacov Wine Cellars and they launched Yatir Winery, at Tel Arad in the south. These wineries permitted the winemakers to isolate various vineyards, or even special plots within vineyards, so they could make small quantities of handcrafted wines.
Next Carmel recruited some new young, highly qualified winemakers. Lior Laxer, who studied in Bordeaux and Burgundy became chief winemaker of Carmel Winery and Sam Soroka, who studied in Australia took charge of the Zichron boutique winery. Eran Goldwasser became winemaker of Yatir Winery. The three of them are amongst the finest talents in Israeli winemaking today.
The new management took further steps to promote quality. Production was halved and Carmel stopped production of all non grape products like spirits, olive oil and gourmet food products in order to concentrate on wine.
The results have been impressive. In the now famous tasting by Robert Pakers Wine Advocate, the worlds most influential wine publication, Carmel had four wines scoring 90+ points, more than any other Israeli winery.
The Appellation series of regional wines was launched with modern attractive labels showing Israeli fauna. Al Hashulchan, an Israeli food and wine magazine, referred to it as the best value label in Israel. The Appellation Merlot was a double gold medal winner but the Appellation Carignan Old Vines was the best example of the new attitude. The Carignan grapes had previously been used for Kiddush wine, but by drastically lowering yields and selected two special old vine vineyards, small quantities of an award winning wine was produced.
Carmels has a range of Single Vineyard wines. The Kayoumi Cabernet Sauvignon won the gold medal as Israels finest Cabernet Sauvignon in two consecutive years in Eshkol Hazahav, Israels premier wine competition. The Shaal Gewurztraminer Late Harvest dessert wine scored 95 points from Howard Goldberg of Decanter and The New York times. The highest score awarded to any Israeli wine by an international critic.
Top of the range is the Bordeaux blend, Carmel Limited Edition, which scored 93 points and was ranked by Israeli critic Daniel Rogov as one of the finest Israeli wines. It was selected by Tom Stevensons Wine Report as one of the most exciting wine finds of the year. This wine was in a sense fulfilling the vision of Baron Edmond de Rothschild, the founder of the modern Israeli wine industry. His dream was to make a serious Israeli wine from Bordeaux grape varieties.
Yatir Winery, launched in 2004, is now regarded as one of the very finest boutique wineries in Israel. Situated at Tel Arad in the north east Negev, the vineyards lie in Israels largest forest Yatir Forest, in the southern Judean Hills. The winery is owned by Carmel but managed independently. Yatir finished in first place in recent tastings of Israeli wines in both Robert Parkers Wine Advocate (93 points) and the Wine Spectator (92 points).
The final piece in the jigsaw was closed in 2008 when Enotria, one of the finest wine importers, chose to represent both Carmel, the historic winery of Israel and Yatir, the hottest boutique winery, in the United Kingdom. Their interest was more in the quality end of the general market, rather than in the kosher market.
So Carmel has travelled the journey experienced by kosher wines the world over. New technology, international expertise and a new drive for quality have combined to turn this most conservative sector, into a dynamic market brimming with variety and quality.

(This article was first published in The Jewish Chronicle, London) 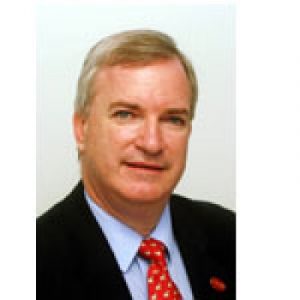