I travelled north from the center of the country, fortunately driven by Yael Gai. It is enjoyable going against the flow of the traffic, especially when you are not driving. It took two hours to arrive at Kibbutz Yiron. There, we were welcomed in the community garden of the kibbutz in a beautifully shaded, tranquil spot. It has a carefully cultivated wild look, resplendent with colorful flowers, a vegetable garden and fruit trees. All I needed was a book and a hammock. Of course, I am not turning into a market gardener. I was there to visit Galil Mountain Winery.

A similar article first appeared in the Jerusalem Post.

Yael Gai, who arranged it, is the Export Director of both the Golan Heights Winery and Galil Mountain. The interesting thing is that the winery management, who invited us, planned that we should have a pit stop for breakfast with local ingredients. It was a first clue….and we also enjoyed the perfect local wine, their Aviv Rose 2021, which was pink, fruity and refreshing. This calibrated my mind to nature and the environment, and set me up for what was to come. We then moved to the winery. It backs onto the Lebanese border, and is overlooked by Hezbollah outposts. I arrived in the winery building and sought a glass of water. Thankfully there was a water dispenser, but there were no plastic cups to be found, anywhere. Then I saw some metal beakers to be used instead. As I looked up I saw a rustic wooden sign on the wall giving the message: RE-DUCE, RE-USE and RE-CYCLE.

I went into the winery shop and the first thing I saw was a stall selling vegetables…in a wine shop! I could have been in the Carmel market. I browsed the shelves of wine and saw local bugs, flowers and fauna singing from the labels in quite a gaudy but colorful way. There was a message here. I got the point. Galil Mountain Winery likes nature and cares for the environment. Then I went out on the balcony, where tourists were enjoying farm to table produce and wines, looking over the dreamy view of agricultural fields, woods and the imposing Mount Meron. The closeness to nature is certainly different to most wineries, which sit forlorn in industrial estates.

Fast forward another decade. By then, Anat Levy was CEO of the Golan Heights Winery & Galil Mountain, and Micha Vaadia was the winemaker. They both instinctively, coming from different places, had the feeling that introducing sustainable practices to the winery would be good for the future of the vineyards, good for the quality of the wine and good for the soul. The winery began to change how it managed its vineyards and cared for the environment. This is where it all began….and make no mistake they were amongst the first in Israel to think this way.

The next time my attention was drawn to the winery, was the announcement that the winery was recycling Nespresso capsules to make compost. I thought it was a ‘one announcement’ gimmick, which would not outlive the first press release. I did not even bother to write about it. By now, Keshet Michaeli was the winery general manager. She has worked for the winery for a long time and knows the winery from each and every angle. She has been in purchasing, operations, finance, training and hospitality. Let’s put it this way, she knows what is going on. She is impressive, knowledgeable, but modest and low key. She is not an “it’s all about me” manager. She signed off on the sustainability concept and took it from the vineyard into the winery and offices. They then took the idea into the local community and even into restaurants in Tel Aviv. The key to her success was that everyone understood the benefits and felt part of the movement, not just the managers but the employees too. She also chose wisely. For example, the irrepressible Dana Sharon, the marketing manager, is dynamic and bubbling with ideas. She talks so fast, her words roll over each other. She explained to me the troika of objectives which are wine, social issues and the environment, each with equal weight. This is the essence of the winery.

The winery has a culture of caring. They assist centers for damaged wildlife, support women’s organizations for victims of abuse and also help people with disabilities. Regarding the environment they are mapping the biological diversity of native plants and animals in and around the vineyards.

However it is in the caring of the vineyard, where the sustainability program really steps up. They show respect for environmental diversity and natural cycles, reduce synthetic chemical use and lower the impact of mechanization. The most notable visual change can be seen between the vines. What was once brown dirt and sparse, is now colorful with wild flowers particularly in the spring. They also use natural compost instead of synthetic fertilizers. The pilot with Nespresso was far from a one night wonder. It was tested in 2017 and now nearly six years later is not only still being used, but the concept has been expanded. The professionals behind this are the head winemaker Micha Vaadia and his assistant Michael Avery. Vaadia is sensitive, artistic and idealistic, and a very accomplished winemaker. He graduated to Galil Mountain after a number of years at the Golan Heights Winery. Avery is a no nonsense Aussie, also a graduate of the Golan Heights Winery. They complement each other very well and make a very accomplished team. They are making good wines at every price point and encouraging the move to regenerative agriculture with the support of the growers.

Most importantly this is a winery with a sense of Place. Galil Mountain is a large winery by any criteria. Any winery producing over a million bottles a year is large. Yet there are three other similarly large wineries in the Galilee and they all buy fruit outside the Galilee. Galil Mountain, is not only totally devoted to Galilee, but to the Upper Galilee; and not only to the Upper Galilee, but specifically to the Eastern Upper Galilee. In fact their seven vineyards are not so far from the winery. Therefore, this is a winery that represents a sub-region, in the same way as a small or boutique winery. The wines are an expression of a specific place on our planet. By the way this focus on place by Galil Mountain, is unique amongst our top 12 largest wineries, apart from the Golan Heights Winery of course.

Despite the excellent decision to promote sustainability, the winery had lost its way somewhat. The trade tended to regard Galil Mountain as a 4th or 5th label of the Golan Heights Winery and to the market, the winery was seen to lack identity. Names of wines were confusing and the hierarchy of the labels was not clear. These were not good years for image, though paradoxically the wines were still good.

In the last few years, the new team has put that right. The labels have been redesigned to reflect the care for the environment. Whether you like them or not, you get the message. They have also rationalized the selection so the offer is sharper and easier to understand.

The entry level label of the winery, ‘Bar’, which means wild nature in Hebrew. These are every day, unoaked, easy drinking wines. The Aviv wines, which are young, fresh and fruity, are reserved for on-premise (restaurants etc.) Aviv means spring and the labels illustrate the wild flowers that grow in and around the Upper Galilee vineyards. Then, there is the Galil label. These are varietals and blends made in a fruit forward, vibrant and refreshing style. The word Galil, Galilee in Hebrew, is also in the name of the winery. It emphasizes the connection of the winery with the region. I tasted the Galil Syrah 2019. It has great fruit, mouth filling flavor and also refreshes.

A new label has been created called ‘Or’, or ‘light’. This is home for more exotic, interesting, unusual wines. There is a Blanc de Noirs, a Barbera and crunchy fruit, vibrant Grenache. This is the winemaker’s playground…of interest to the wine geek.

The leading wine all the years of the winery has been the flagship wine, Yiron Red. It immediately gained kudos in the court of wine critics, connoisseurs wine and connoisseurs. The wine was always elegant, high quality with layers of complexity. It was age-worthy and great value. However, it was also consistent and won prizes the world over. In Israel it has become institution. It was made from Cabernet Sauvignon and other Bordeaux varieties. It is still up there, and now has a little Syrah in the blend too.

Obviously the Yiron Red represents the best plots, of the finest vineyards. Now, the winery has transformed its flagship wine into a flagship series, launching a range of five wines under the Yiron label. These represent the ultimate expression of the Eastern Upper Galilee. We tasted first the Yiron Rose 2021. It was a delicate pink, with floral and citrus notes. It was lean with a piercing acidity. Next was the Yiron Sauvignon Blanc 2021. It was aromatic with overflowing baskets of tropical fruit, and was rich, slightly fat and broad in the mouth, with a refreshing finish. Yiron White 2021 followed. This is a Chardonnay, slightly creamy, but more restrained than what I call a ‘peaches and cream’ Chardonnay. It had a beguiling texture which leads through the flavorful finish, but the good acidity keeps it honest. Yiron Syrah 2019 was fruit forward, peppery, even meaty, and quite tannic. I liked most the Sauvignon Blanc and the Yiron Red which was, and is, peerless.

The Yiron wines are expressions of the Upper Galilee region, but they also make Single Vineyard wines depending on the quality of a particular vintage.  The current wines are named after the vineyard: Sela, Hatzuk and Yiftach, respectively a Syrah, Cabernet Franc and Petit Verdot, and they represent a specific place. The focus is on uniqueness, individuality and site specific expression. My favorite was the Single Vineyard Yiftach 2019. How often do you see a single vineyard Petit Verdot here? It is a variety usually used in blends. Galil Mountain is a winery that makes some very fine wines like many of their competitors. However, it is the way they do it they do it that is impressive. The idea of caring for environment, supporting social issues and making wine with a sense of place, spread from the vineyard outwards to all activities of the winery like a tidal wave. They are a great example to all other wineries in Israel. I can only repeat their slogan: Do Good, Drink Well. Amen to that. Galil Mountain is both a pioneer of sustainability and regenerative agriculture in its vineyards, and the leader in expressing the Upper Galilee terroir.

The writer is a wine industry insider turned wine writer, who has advanced Israeli wine for 35 years. He is often referred to as the English voice of Israeli wines. He is the wine writer of the Jerusalem Post. www.adammontefiore.com 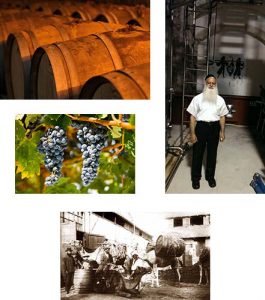 REBIRTH OF THE EASTERN MED

The Eastern Mediterranean was the cradle of wine. This meeting place between south-eastern Europe and the Middle East was where wine culture began. That fertile 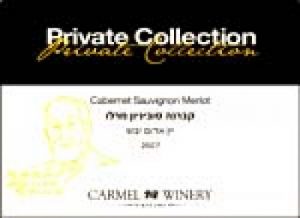 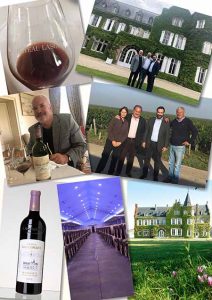